Among the myriad celebrities who called Chateau Marmont home over the years, the great actor James Dean, born on this day in 1931…wasn’t one of them.

But Dean’s connection to the hotel is deep and important.

One night in 1954, Dean showed up at a bungalow in the back of the hotel where director Nicholas Ray was living. Ray was working on a new movie about the traumas of modern youth that was to be called Rebel Without a Cause. It needed a star. And in Dean, who was just about to debut in East of Eden, Ray thought he found one.

Dean got the part, and he began to visit Chateau Marmont regularly for Ray’s famous Sunday salons, full days of swimming, bongo playing, boozing, chatting, a little sex, a little reefer — whatever the mood suggested.

Other of Ray’s Rebel stars began to frequent the Chateau, most notably Natalie Wood and Sal Mineo, both of whom were underage and both of whom were bedded by their director. Less sensationally, Ray often invited the whole cast to his bungalow for read-throughs of the script, one of which is pictured above.

The last time Ray saw Dean was at the Chateau, when Dean came by to borrow a book about how to take care of a cat. (His Giant co-star Elizabeth Taylor had given him a kitten as a gift when that film wrapped.) Ray and Dean were planning to travel to Nicaragua to research a new movie idea. Dean was killed in a car wreck mere weeks later, and the prospective film was forgotten.

But the movie that resulted from their very first encounters at Chateau Marmont, Rebel Without a Cause, remains one of Hollywood’s classic melodramas, and much of the story of its making is indelibly connected to the grand old hotel.

Read the whole story and more in my upcoming The Castle on Sunset:  Life, Death, Love, Art, and Scandal at Hollywood’s Chateau Marmont, coming May 7 from Doubleday and Orion. 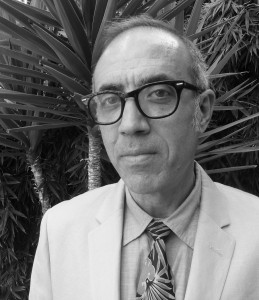